Here we are again. Same as last year and the previous one. I have been looking forward to spring break for weeks but when the time has finally come I have nothing actually planned. Help! What can I do? What should I do? So many options and so little time! All right, for starters let’s take a deep breath and not panic. All right, that’s better. Is holidays what we are talking about so let’s make sure to chill because, thankfully, here we are to help with last minute crisis. Let us be your private concierge in Barcelona for one day (or as long as you want).

One of the greatest things about this city is that you don’t need to plan a big schedule in advance. Barcelona is lively enough to always be suggesting new options to do, so if you are -like me- a last minute victim, all you need is a pro native local planner to make the most of your spring break.

A pro native local planner can help with last minute crisis and make the most of your Barcelona spring break.

Did you know Spain, except for the Canary Islands, is the only European country to be one hour ahead of its time zone (Greenwich Mean Time – GMT)? Yes, and Spain is in the wrong time for over 70 years. Why? We have to go back to 1942 to World War II, when the then Spain’s leader General Franco took the decision to show his sympathy for Hitler’s government. Nowadays daylight-saving time argument is used to keep the system. In any case, since that days, Spanish springs and summers are spontaneously flooded with light, positively affecting peoples’ mood.

It’s true Barcelona benefits from a nice weather and most days are sunny throughout the year, but when daylight hours get longer and overpass the fascinating number 14, the city is bubbling over with activities and people stream into the streets. It might be pure chance, but the 23rd of April is the Diada de Sant Jordi or Saint Georges Feast, to commemorate the patron saint of Catalonia and and the local Valentine’s day. That day Barcelona is flooded with book street markets and spontaneous stalls selling roses show up on each block. Red and yellow, blue and green, the city is full of color and life.

I’m pretty sure that you have heard about The Ramblas and I’m not bothering you with places that you already know. But I want to show you somewhere very close. 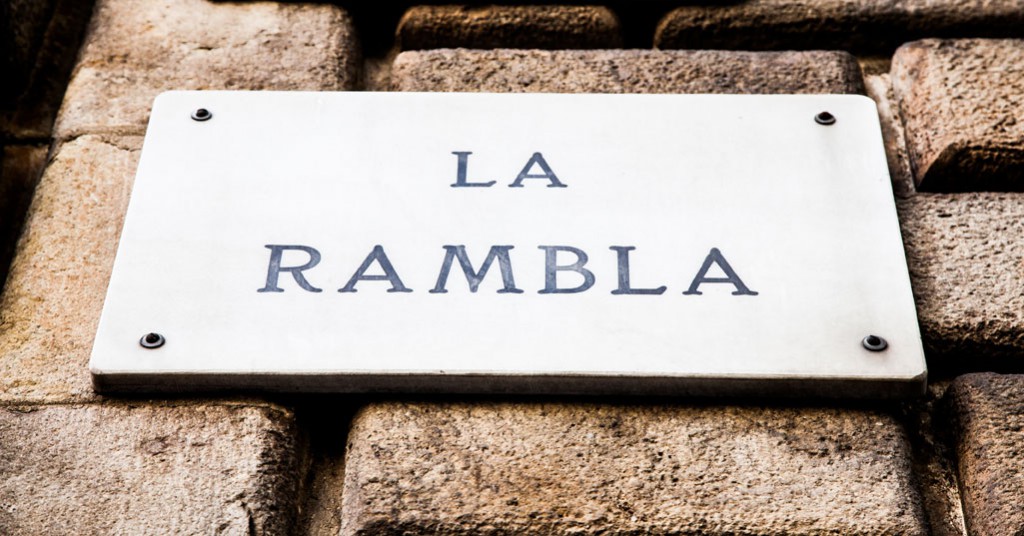 At the end of those popular streets, you will find Christopher Columbus pointing somewhere that – and here is a secret tip – is nowhere near America but Palma de Mallorca! A lot has been said regarding if it was Genoa as it is claim to be one of his possible birth towns, or even the route to the discovery of India. But nothing further from the truth. Modern satellites have definitively proven that his 50 cm of stone index finger are pointing the Balearic Island. And the reason is no other than purely aesthetic because the designers decided that it was better for Columbus to be pointing to the sea even if it was not the sea. We can’t help it; we love to look pretty here in Barcelona.

Talking about pretty, while you are strolling along The Ramblas, be careful not to walk over a work of art. Is too late, isn’t it? Yes, those colourful road surface you are actually in is an authentic Joan Miró. Covering a large part of the so called Pla de l’Òs or Pla de la Boquería, the ceramic had to be restored in 2006 due to the vast amount of people that daily step on it.

Because the obscure side fascinates me, I couldn’t help mentioning that around The Ramblas we find the most legendary Barcelona cocktail bars; I’ll tell you the story shortly.

A Walk Along The Gothic, but with different eyes

Only a few steps aside begins the Barri Gotic, the Gothic Quarter: a swarm of tiny lovely streets where you will – and appreciate it – lost the sense of time. It is probably one of the most charming places in Barcelona. Just one advice in here: make sure to wear your most comfortable shoes because you won’t be able to stop walking around. 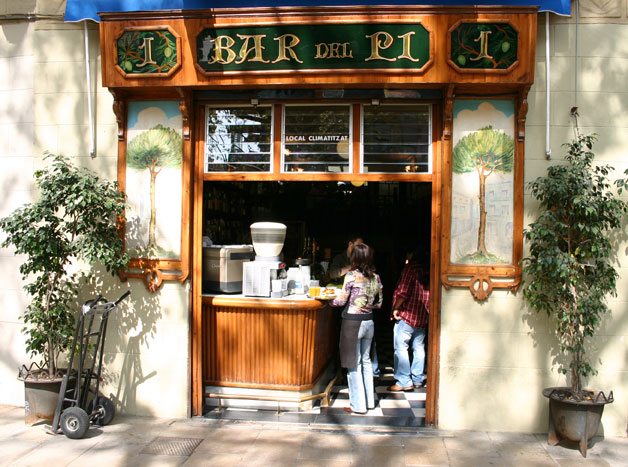 Did you know that the Jewish Quarter is also in here? This is why you will probably see a place called the Sinagoga Mayor, the Big Synagogue (even if it is only 60 square meters). It is one of the oldest in Europe and, even if it is no used for worship anymore, is focused on explaining the evolution of Jewish presence in the region as well as its traditions and heritage.

feel like a local and go beyond any commercial tour, taste the city, feel the genuine flavors, be connected and stay energized.

If you achieve to learn a few words in Catalan, you will realize that most of the streets take the name from former guilds of artisans: Cotoners (cotton traders), Dagueria (cutler), Fusteria (carpenter), etc. This is because, during The Middle Age, the gremios (professional associations) used to gather in the same streets. It had a practical reason; being closer, it was easier for them to fix prices, to assert their rights or even to regulate relations among masters and trainees.

Such curiosities are only-insiders singular traits that make Barcelona worth a private-planned itinerary. Barceloneta, Gracia, Eixample and Poblenou are some other Barcelona city quarters to be discovered gradually if you want to feel like a local and go beyond any commercial tour, taste the city, feel the genuine flavors, be connected and stay energized; and spring is undoubtedly a great time.