The arrival of 40 wine experts and professionals from 20 different nationalities at Jerez de la Frontera has revolutionized The Sherry Triangle in only four days, and chalk has served as a crucial tool to engrave ideas, express a proper language and seal a visit that has communicated to the world that the grand sherry wines are making a comeback in force while maintaining its attractive and so-desired mysticism.

The program, qualified by the assistants as excellent for its structure and content was designed by Valeska Idarraga and Fernando Paredes, founding partners of Paladar y Tomar travel agency, both Advanced Technicians in Bodega from the Sherry and Manzanilla Wine Regulating Council; they have been involved in the wine sector for seven years. The program’s objective succeeded in forming the highest technical, sensorial and practical levels for its participants. 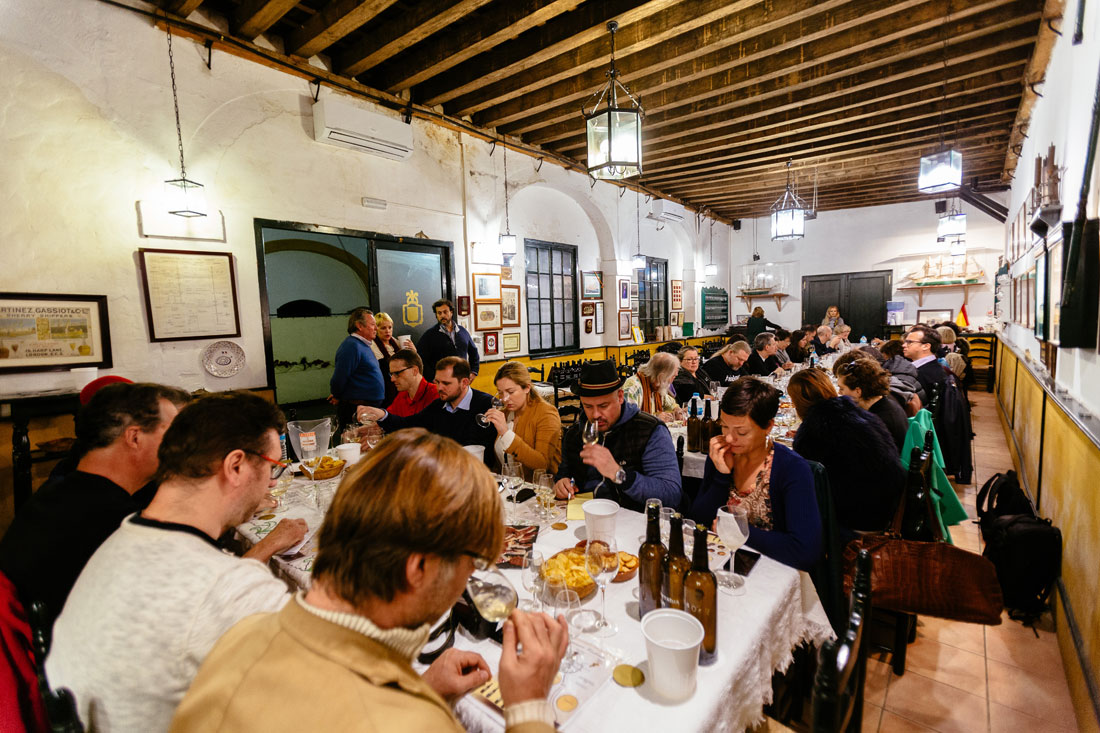 From the vine to the glass

The spongy albariza and the contest between Estern and Western winds were without a doubt three of the of the great hits in El Marco, not forgetting the historic classification of pagos (estates), the native art of “stick and thumb” pruning, the magical influence of the nearby ocean and the whimsical temperature games that occur between day and night. The history of Phoenician ancient wine presses found in the area demonstrate that wine has been made in El Marco de Jerez from times immemorial and this art is directly linked to the memories of those who dedicated their body and souls to the vinification and cultivation of an unfairly neglected grape. It was fifty years ago that Juan Carlos Gutiérrez Colosía inherited his bodega from his father; his stories and anecdotes were the protagonists of a captivating visit. Carla Terry Osborne, who represents the fifth generation of Bodegas Osborne, showed that the youth also participates in the fight to preserve a priceless cultural and familiar patrimony.

From freshly squeezed fruit to the sherry itself, the topics of head and sunning, volatile acidity, acetaldehydes, and the biological cultivation and “accidents” of nature were all touched upon. Not a single technical detail was left unspoken for and everything was well-orchestrated in a meaningful, meticulous manner; from the master class and the inaugural tasting lead by Beltran Domecq, President of the Regulating Council, followed by a session on static breeding by Paola Medina, oenologist of the Williams & Humbert Bodegas.

The most versatile wines in the world have their own language 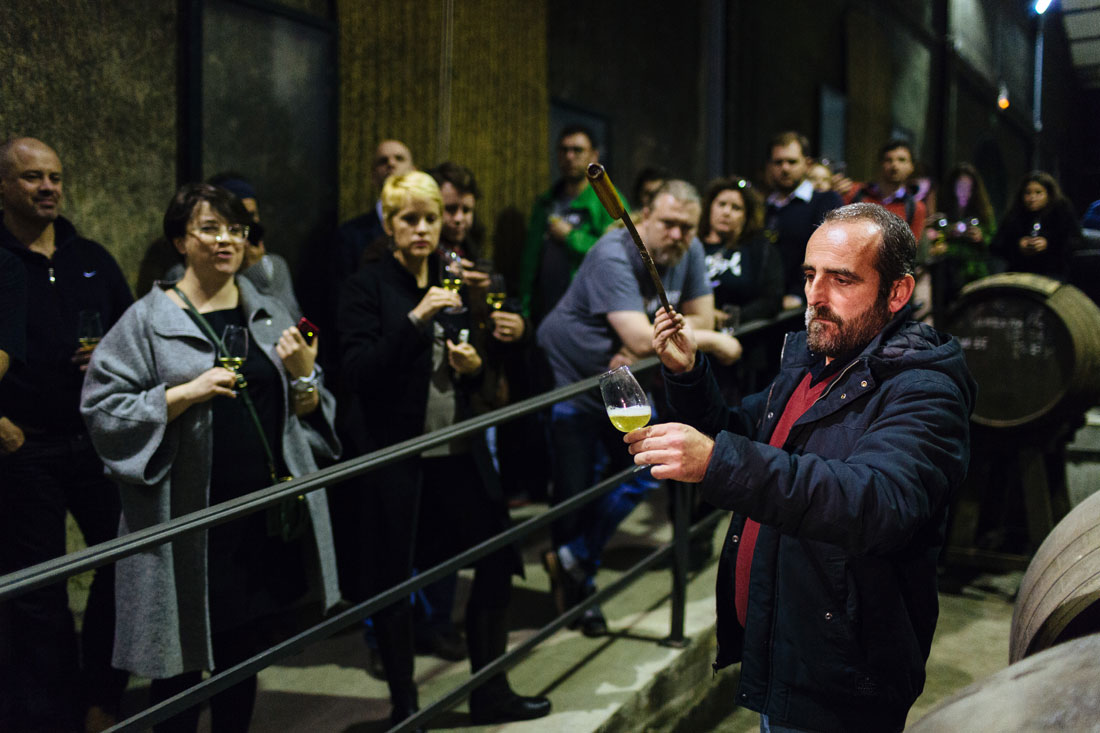 Like when in school, with chalk in hand and a blackboard at his disposal, oenologist Manuel Lozano from Bodegas Lustau offered a masterly lesson about the sherry winemaking language. Notes kept being accumulated in the notepads, who, without having to use words, they all spoke the same language, the sherry language. And thus, Tio Pepe’s palms that Antonio Flores had presented to us made a magical return into our memory.

The gastronomical samples served as evidence to the power of the Sherries served. Without a doubt their choreographic capability in the palate is one of its most valuable aspects. Bodegas Barbadillo, together with their oenologist Montse Molina and the special projects director Armando Guerra, dared to break a mold with their atypical environment and special menu featuring the trending Sherry wines and traditional dishes that would make the most vanguard person hungry, like the gypsy berza stew or montadito de pringá.

#Winelover have left their mark in El Marco 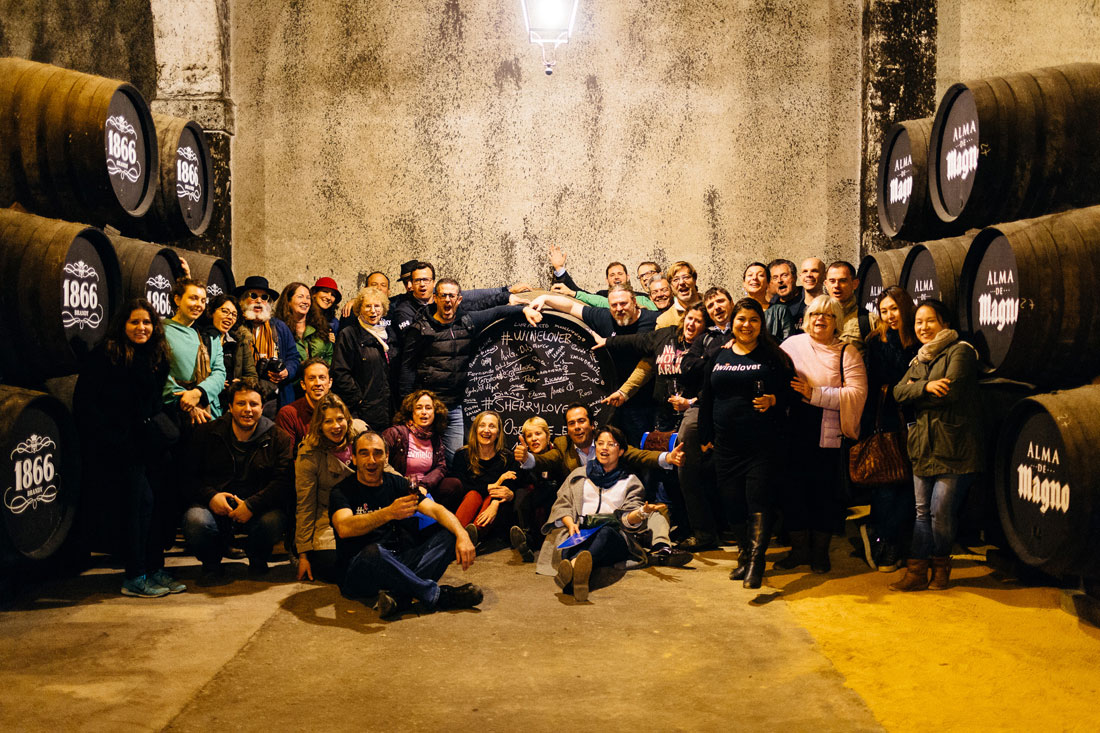 Wineskin from Bodegas Delgado Zuleta were used to engrave the first #winelover signature in a cask, an act encouraged by oenologist Salvador Real. Though that was not the only one, since Bodegas Osborne had one of theirs marked as well, followed by Bodegas Williams & Humbert. You can’t have three without four, and by initiative of the Regulating Council, the four winners of the #sherrylover twitter contest all got to sign a wineskin in Bodegas Lustau.

IMAGES: Photographies given by Ricardo Bernardo and taken during the 4th annual celebration of the #Winelover community in the Sherry Triangle. 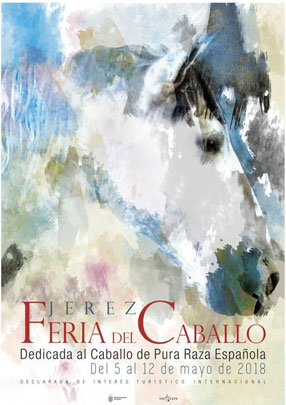 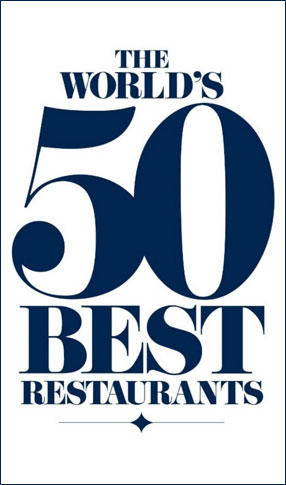