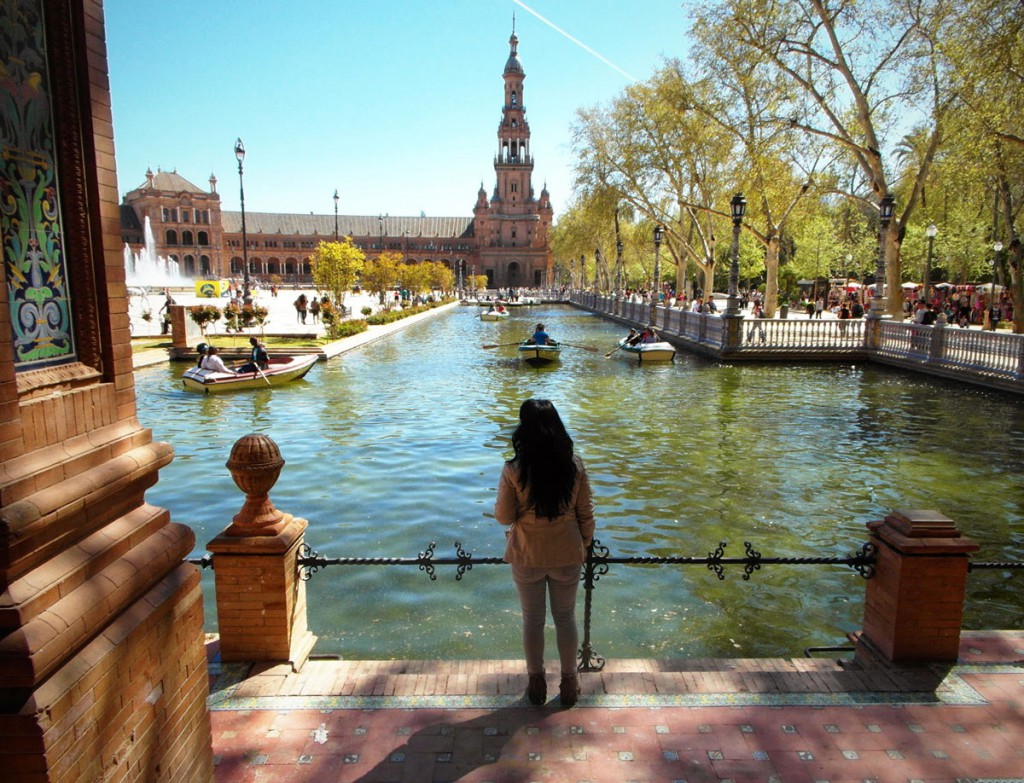 If you are planning a trip to Seville, you may be interested to know that this corner of the South is filled with movie settings. Not only because of all the fascinating historic buildings created throughout its long history, but also because numerous films shown on cinema screens around the world have been shot in this stunning city. Sevilla seduces the camera, and draws it to her magnificent monuments and buildings – a dream that becomes reality. Welcome to Seville Cinema City!

In the Andalusian capital, many movies and TV series of all genres have been filmed; the most recent one was the fifth season of Game of Thrones, shot in the Alcazar palace. So if you want to include in your traveling schedule, a different perspective of the ancient Roman Hispalis, we have a cinema route which takes you through its narrow streets, ancient monuments and landscapes, where you will see the best scenes. Join this expedition for movie lovers – Lights! Camera! Action!

Tom Cruise chose Andalusia to film the movie Knight and Day (2010). Cadiz and Seville were chosen in order to recreate the festival of San Fermin in the Real Maestranza de Sevilla. This movie, starring Cruise and Cameron Diaz, is filled with motorcycle action scenes. In Seville, Casa de Pilatos, the Cathedral, the Archbishop’s Palace in Plaza Virgen de los Reyes, the Giralda, the Alcazar, Plaza San Francisco and Plaza Nueva were the locations that served as the stage for this romantic action comedy.

Natalie Portman went under the name of Sophie during her stay in Seville while filming Star Wars. Episode II: Attack of the Clones (2002)

Captain Alatriste (2006), whose protagonist was played by Viggo Mortensen, takes place in the cities of Úbeda and Baeza (Province of Jaén), Cadiz and Seville. In the city of Seville, sequences recorded at the iconic Casa de la Moneda (the Royal House of the Currency), where the famous actress Maria de Castro (Alatriste’s lover) premiered a Quevedo work. The Monastery of St. Jerome in Santiponce, a few kilometers from the city center, also served as a setting for the swordsman. 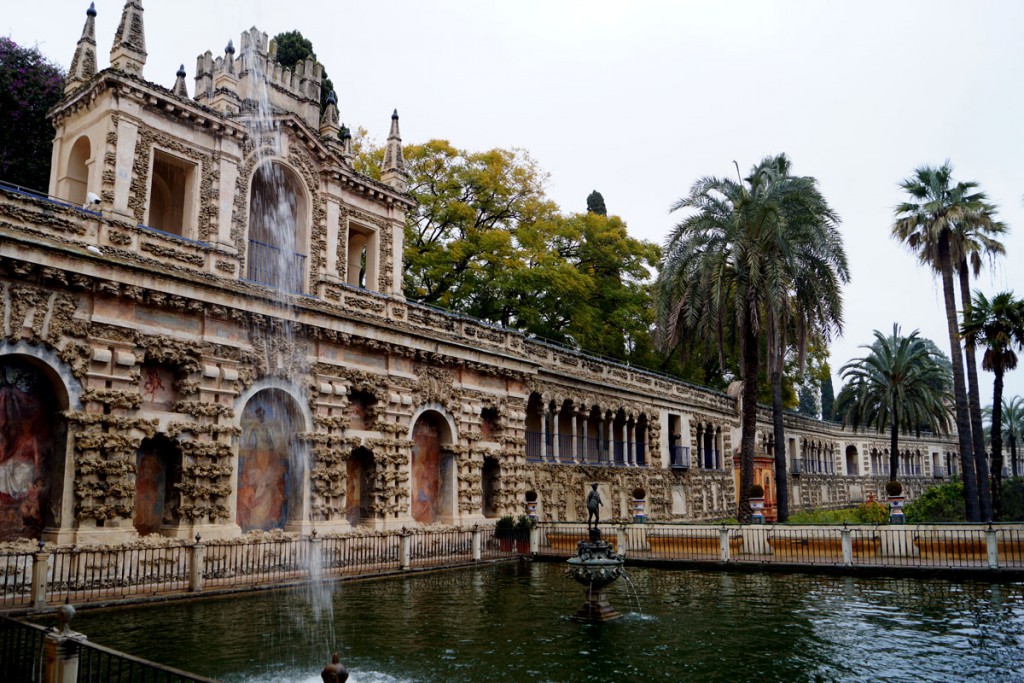 But perhaps among the highest-grossing films that have been shot in Seville, Star Wars. Episode II: Attack of the Clones (2002), takes the top spot. For the film, Plaza de España became the set for the city of Theed, where Anakin Skywalker and Princess Padme Amidala, played by Natalie Portman (who went under the name of Sophie during her stay in Seville), are seen walking over the bridge and along the colonnade. This false identity set the general tone for the filming crew during their time spent in the city, however the attempt to hide her true identity from the general public was in vain. Inevitably, a crowd of journalists surrounded the set, and anonymity was ultimately impossible.

Plaza de España, the crowning point in the career of its architect Aníbal González, was also key in the filming of epic masterpiece Lawrence of Arabia (1962) directed by David Lean and featuring the legendary Peter O’Toole; another location was Casa de Pilatos (House of Pilate).

Ridley Scott‘s film, Kingdom of Heaven (2005) was another movie that utilised the House of Pilate and the Alcazar, monuments that had also appear in one of his earlier movies: 1492: Conquest of Paradise (1992) which was released to coincide with the fifth centenary of the Discovery of America – also the year of Expo 1992 in Seville.

The passageways of Santa Cruz, the medieval quarter where Jews, Muslims and Christians lived, were featured in the Spanish movie Nobody Knows Anybody (1999). Its protagonists roamed these passageways at gunpoint, putting their lives at stake. The Church of The Saviour, the second-largest Catholic church in the city after the Catedral, built on the ancient mosque of Ibn Abbas Caliphate, and the Expo ’92 site, are other locations in this thriller, that sees the city brought to a halt by a role-playing gamers involved in a deadly battle.

One of the most international works, based on the figure of the Sevillian cigarette girl Carmen (2003), was filmed at the University of Seville (the former tobacco factory), Patio de las Banderas (Courtyard of Flags), Juderia and Agua streets, as well as other alleyways from the neighborhood of Santa Cruz (the Holy Cross). 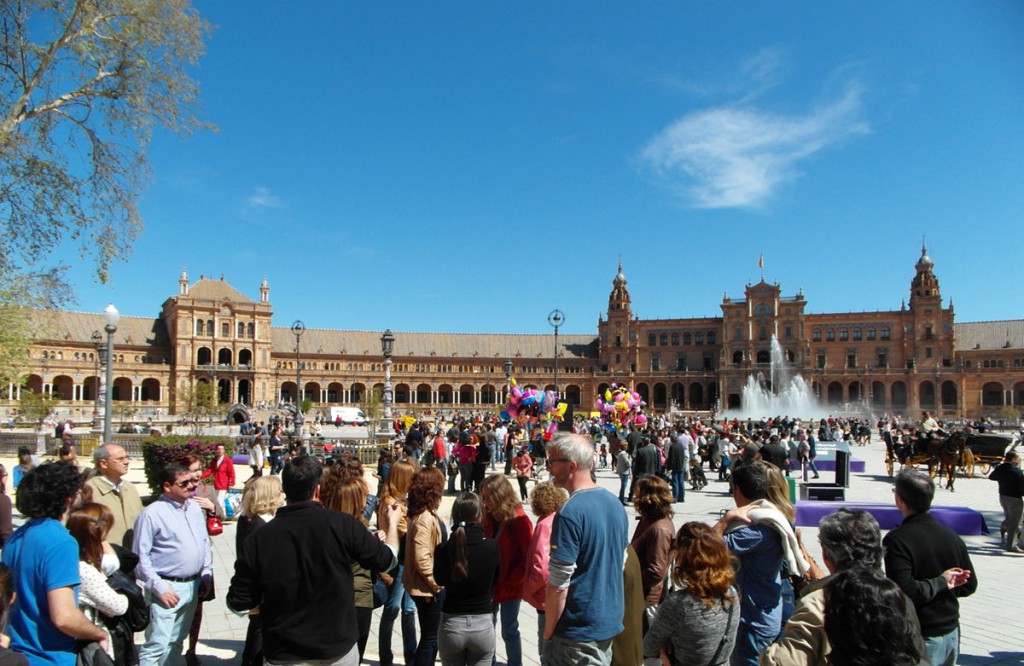 The filming of the globally famous series Game of Thrones in the Osuna bullring, or of the thriller Marshland shot in Puebla del Río, both show that Seville’s towns are also an object of desire for other film production companies. Fanny Ardant gave life to the soprano Maria Callas  in Callas Forever (2002) in the town of Osuna. In Carmona, another town close to the capital, much of the movie Manolete (2008) was filmed; its Dutch-American writer gave life to the Adrien Brody’s character as the renowned Spanish bullfighter. Here is one last surprising fact: did you know that in the Sevillian town of Cazalla de la Sierra you can find the location for the dressmaking factory of the Japanese dancer Yumiko Takeshima? This is where the spectacular custome worn by Natalie Portman in the movie Black Swan (2010) was designed and produced.

Want to learn more about what to do and see in Seville? We invite you to read our Seville City Guide.