Every spring shoals of massive Bluefin tuna pass through the narrow Strait of Gibraltar, preferring the balmy Mediterranean to harsh Atlantic waters for mating. It is on the beginning of this great migration, skirting the exclusive beaches of Zahara de los Atunes in Cádiz, where the illustrious silver-backed “bulls of the sea” are captured “en paso” (or “on their way”) in a sophisticated and artisanal fashion: the ancient fishing tradition known as almadraba. 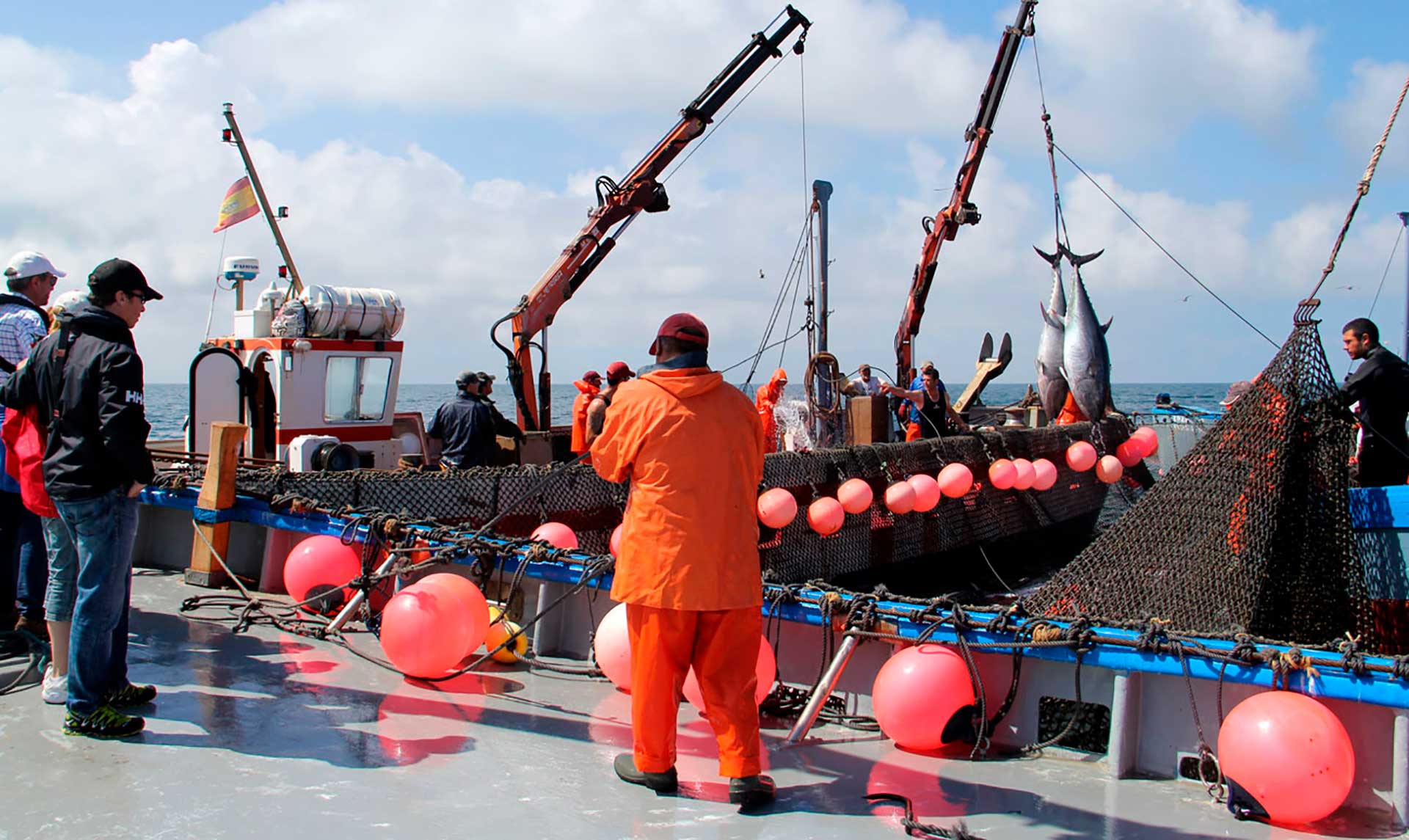 Fishing of these fast giants on the Iberian Peninsula dates back to a time of Phoenician rule over 3,000 years ago, when astute fishermen took advantage of their deep understanding of the sea. Namely, they were aware that bands of orcas would chase the tunas on their exodus and could sometimes succeed in stranding them on the sandy beaches of Andalusia. Using the Almadraba technique of positioning white sheets to resemble orcas and frighten the migrating tuna, our forefathers succeeded in similarly beaching the beasts. With subsequent Grecian, Moorish, and Roman rule, the addition of grandiose systems of nets and cables further advanced the method and Andalusia’s fishing industry flourished.

To this day, almadraba technique is lodged in history, a precise art form that has not changed with the modernization of our world. What has changed, however, is the regulation of the tuna fishing industry. Each specifically designated almadraba has a quota it cannot exceed; of the ones in existence, Zahara de los Atunes is the only one authorized to host this exclusive attendance and consistently brings in the finest Bluefin tuna due to its geographical advantage.

Bluefin tuna caught can reach up to 1,500 lb (700 kg) and 9.8 ft (3 m), he is a top predator in the marine ecosystems. Ken Fraser captured the biggest bluefin tuna in 1979 in Nova Scotia, Canada: 1,496 lb!!! And because they are “natal homing” – meaning adults return to their place of birth to spawn, the Gulf of Mexico and Mediterranean – they can welcome them back year after year.

This is  an exclusive event considered the most sustainable, regulated, and venerable fishing method known to man, whose practice has given rise to entire empires that thrived off of its yield and commerce.

But it is limited to a 60-day period from May to June only opportunity to thoroughly fulfill all operations from one of the almadraba ships in a one-of-a-kind moment. Then, if you visit Cadiz in May or June you have chances to eat fresh caught bluefin tuna when at the most prestigious restaurants in the region, but otherwise do not worry: the tuna is automatically frozen at -60º C (-94º F) – guaranteeing all the nutrients and organoleptic properties – and stored in deep freezers all the year around. This allows to export bluefin tuna across Europe, the USA and Asia, where Japan has become the largest consumer.