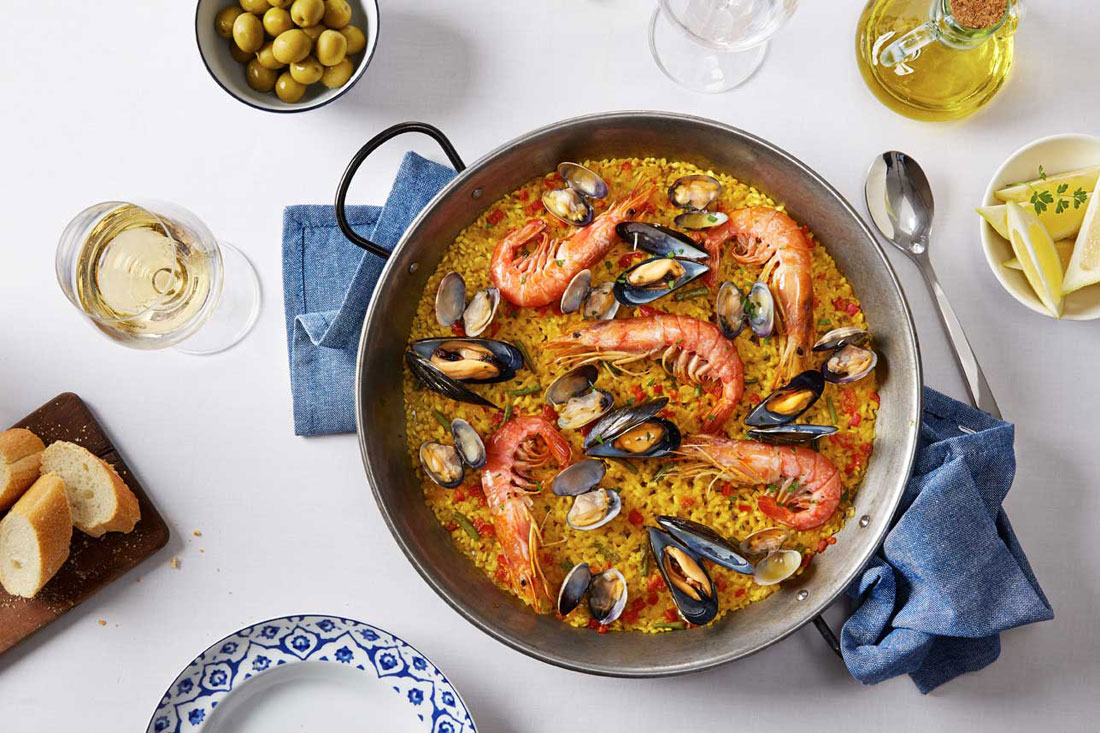 Of the millions of visitors who come to Spain every year, to enjoy the fabulous food, fascinating culture and wonderful weather, many still labour under several popular misconceptions about this beautiful but misunderstood country. Cuisine, dance, drinks – here we bust some of the most widespread myths about Spanish life, a special post about the 5 Common Myths about Spain.

1) 5 Common Myths about Spain: Sangria is the preferred drink

Sorry to disappoint all you lovers of the bar menu stalwart, the holiday favourite, the pink drink that comes in a jug laced with spirits and chunks of fruit – Spaniards don’t drink sangria. Yes it´s fun, it’s sociable and it’s pretty, but it’s also over-priced and too fancy-pants for most modern-day Iberians. They prefer a nice, straightforward tinto de verano (summer red wine) – a tall glass with ice, tinto (red wine) topped up with casera, a fizzy drink, like club soda – either casera blanca (plain soda) or casera limon (lemon soda). Some bars serve bottles of ready-mixed tinto de verano, but we prefer this refreshing summer-time cooler made to order.

2) 5 Common Myths about Spain: Tapear is only for cocktail hour

Spaniards love to eat. To try as many small dishes as possible, in as many establishments as possible, preferably with a group of friends. To compare the merits of this place’s jamon/salmorejo/croquetas/ensalada rusa with that place’s, in a lively and in-depth discussion. So an entire evening may be spent merrily moving from tapas bar to tapas bar – especially in Andalucia – racking up a broad spread of tasty mini-veggie, fishy and meaty delights, from sardines to solomillo, pisto to pipirrana. It’s not just about a quick slice of cheese or jamon iberico before the main event – tapear (to go out for tapas) is the main event.

3) 5 Common Myths about Spain:  Paella is typical everywhere in Spain

Don’t ever make the mistake of saying that to someone from Valencia. Paella originated in the 19th century in Albufera lagoon, near the Costa Blanca city, where the finest rice has been grown since Arabic times. Traditional paella strictly features chicken, rabbit and beans with saffron, while seafood paella uses prawns, clams and mussels, without the vegetables. Mixed paella, with various vegetables, other meats and even chorizo, is dissed by Valencians as being totally inauthentic. Other norms: this rice dish should be cooked over a wood fire, and is traditionally made on Sunday. So if you see a photo of paella on a restaurant menu (or even so-called “Valencian Paella”) away from the Levante, don’t be surprised if it doesn’t taste of woodsmoke or the delicate yellow spice, and contains anomalies such as pork and peas.

4) 5 Common Myths about Spain: Flamenco is all over Spain

Many Spanish cities have flamenco shows, but if you want to watch the real deal, you need to come to Andalucia. This distinctive musical dance form, which combines guitar (toque), singing (cante) and dance (baile), and melds Indian, Arabic and Jewish influences, was born in the area of Seville (specifically the riverside barrio of Triana), Cadiz, and Jerez de la Frontera. To see authentic flamenco, preferably performed by gypsies, whose veins run with the hot blood needed for duende (spirit), the bars and peñas of these two southern cities are a good bet. Peñas are aficionados’ clubs with performances on set days of the week; in Jerez, the tabancos, or traditional sherry bars, also have flamenco performances. The searing heat of Andalucia, the dark passion of its gypsies, and the atmosphere of sultry seduction, are all part of the flamenco experience.

Talking of searing heat, if you lived in a city where the mercury touches 45 degrees C (113F) in summer, how would you cope? Yes, your house/office/car has air-con, but you still have to walk around outside in those meltingly-hot temperatures. Anyone who has ever visited, or spent any time in, Andalucia, will know that getting through the day in the hottest months without a siesta is nigh-on impossible. That level of heat is exhausting. But grab a couple of hours of sleep after lunch, and you’ll awake feeling like new.